This is me demonstrating Acupressure

Postures are associated to slow, gentle and deep movements that liberate, strengthen and connect the body and the mind.

It all started with a little book that litterally fell off the bookstore shelf just as I was passing by… lol… and in which Qi Self-Massage and some Breathing exercises were presented in a very simple way to the beginner.

What I read there, felt true and made a lot of sense to me so I started experimenting and practising. I was not aware yet that the Qigong practice included many different styles and forms of movements and postures. Let alone that it also was an healing « technique ».

At the time I was recently discovering Hatha-Yoga, which actually introduced me to anything involving « energy ». Alternatives to the western science and culture’s perspective about Life became a major focus of interest for me. So, over the years, I trained, studied and worked in the field of Chinese Medicine, Shiatsu, Yoga and Qigong.

So, what is Qigong ? And more precisely what is it to me ?

Dealing with Qi is dealing with Life Intelligence itself. So Cultivating the Vital Energy, supposes as one could expect, lots of practice, repetition and dedication over the years before mastering anything.

This endless journey offered me and still does countless discoveries, inner realisations and possibilities. It nourishes and supports my thirst for learning, understanding, and knowingness. It gradually allows me to fulfil my deep yearning for peace and balance.

Working for the institution or the system after completing a Science curriculum at University, didn’t appeal to me in no way. But visiting the world and meeting people of different cultures did ! So off I was.

Since the late 80’s Qigong has been present and fulfilling first on a strictly personal level – recovering a better physical condition, some kind of an emotional calm, enrich my vision of Life. Later on, I became even more envolved with it while I was working as a Shiatsu therapist.

During all these years, Qigong turned out to be essential, especially in times of major life changes or transition. For example :

Right now, I find myself often reflecting over the ever increasing possibility of the upcoming Collapse of Life on Earth. But still, I believe that even in such drastic a situation, it will always be better with love and awareness. So… on with the practice…

Qigong practice? Yes again, to step into this new chapter of the journey.

In the late 2018, I started to study Reconnective Healing, which in turns is renewing my Qigong experience. I have even dared to give it a name: Reconnective Qigong !

Welcome to all of you who feel inspired and willing to explore with me.

Various teachers and styles of Qigong that inspire my daily practice:

I also studied the following styles during 1 or 2 years but didn’t stick to them:

The 2 books that started it all were :

It’s part of my daily life, according to my feelings, needs and condition.

On the basis of their teaching, I now like to follow my own rhythm. According to my experience, Practice is the master .

I mainly stick to some few Qi Gong or Taoïsts Meditations that allow me to renew and deepen the inner exploration without ever getting into any kind of sleepy routine.

Comments or questions are welcome. 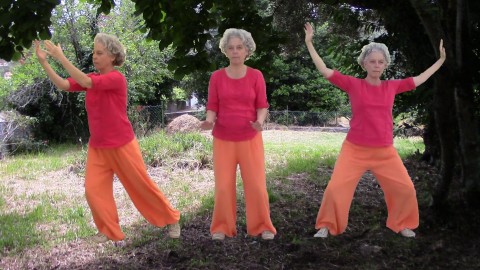 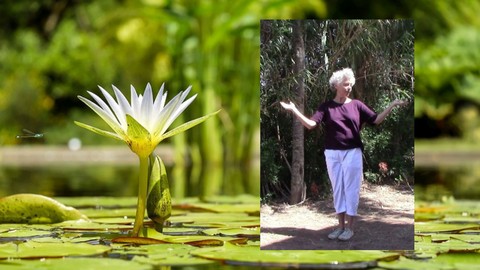